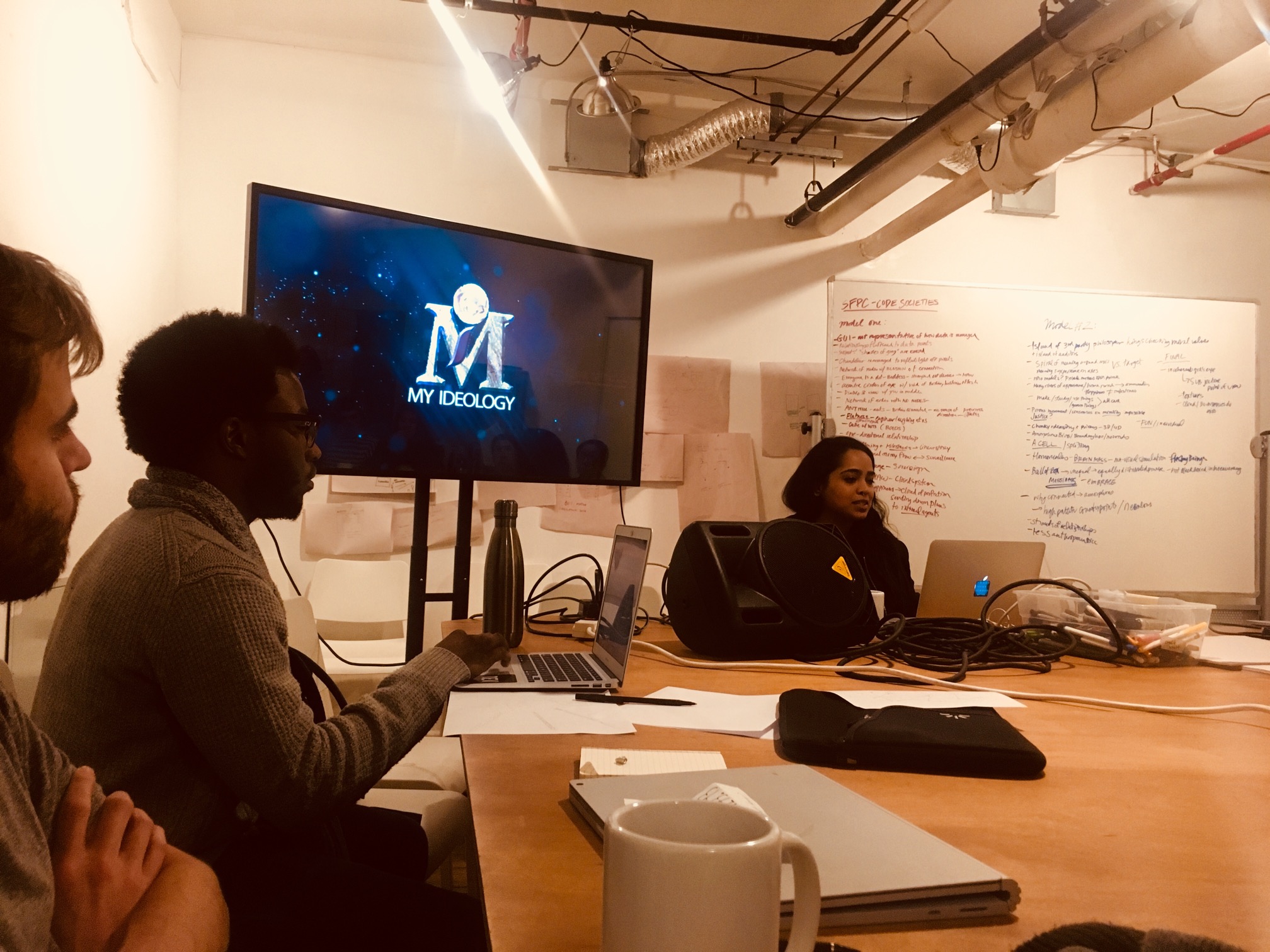 From the beginning of Code Societies Winter 2019, we had been warned to start Nora Khan’s extensive reading list early to be sufficiently prepared for our last class: Critical Simulation. To start off the class, Nora began with a lecture that delved deeper into the concepts mainly stemming from Fred Turner’s From Counterculture to Cyberculture. This was followed by presentations and discussion about two drawing assignments we were asked to complete prior to class that asked us to interrogate our understanding of the world of technology. Through a collaborative drawing exercise, we ended the class with collective imaginations of futures we wanted could look like.

Many of the readings and subsequently Nora’s lecture, focused on the misconception that Silicon Valley culture and its preachings of technological progress lack an underpinning ethos or ideology. As she discusses in her interview with Fred Turner Silicon Valley Thinks Politics Doesn’t Exist, the same Puritan values pervasive in the colonization of the United States of America, were being enacted again in the pursuit of progress. There is a religious zeal of wanting to restart society from zero that the engineer buys into. It perpetuates the ideology of a “just world” that assumes a flat plane of opportunity. This ideology disregards history and operates on the logic that if you want it enough, you will get it, and if you don’t then you must not want it enough.

Nora proceeded to deconstructed what a simulation is and argued for its creative possibility to imagine future worlds we wanted to build. Unlike a play, in a simulation one is not self-aware of what is real and unreal. Often seen in contexts such as hurricane prediction, simulations put a model through states of change to predict various scenarios and that we are unable to compute ourselves. We live in a present where the god’s eye view is essential to simulations built today because this allows their creators to think of these simulations as being neutral. This feeling of a ‘disinterested god’ as Jenn Frank describes in Diablo III is Adorable, is possible because of the lack of detail and low resolution of the characters. Distance reduces empathy. 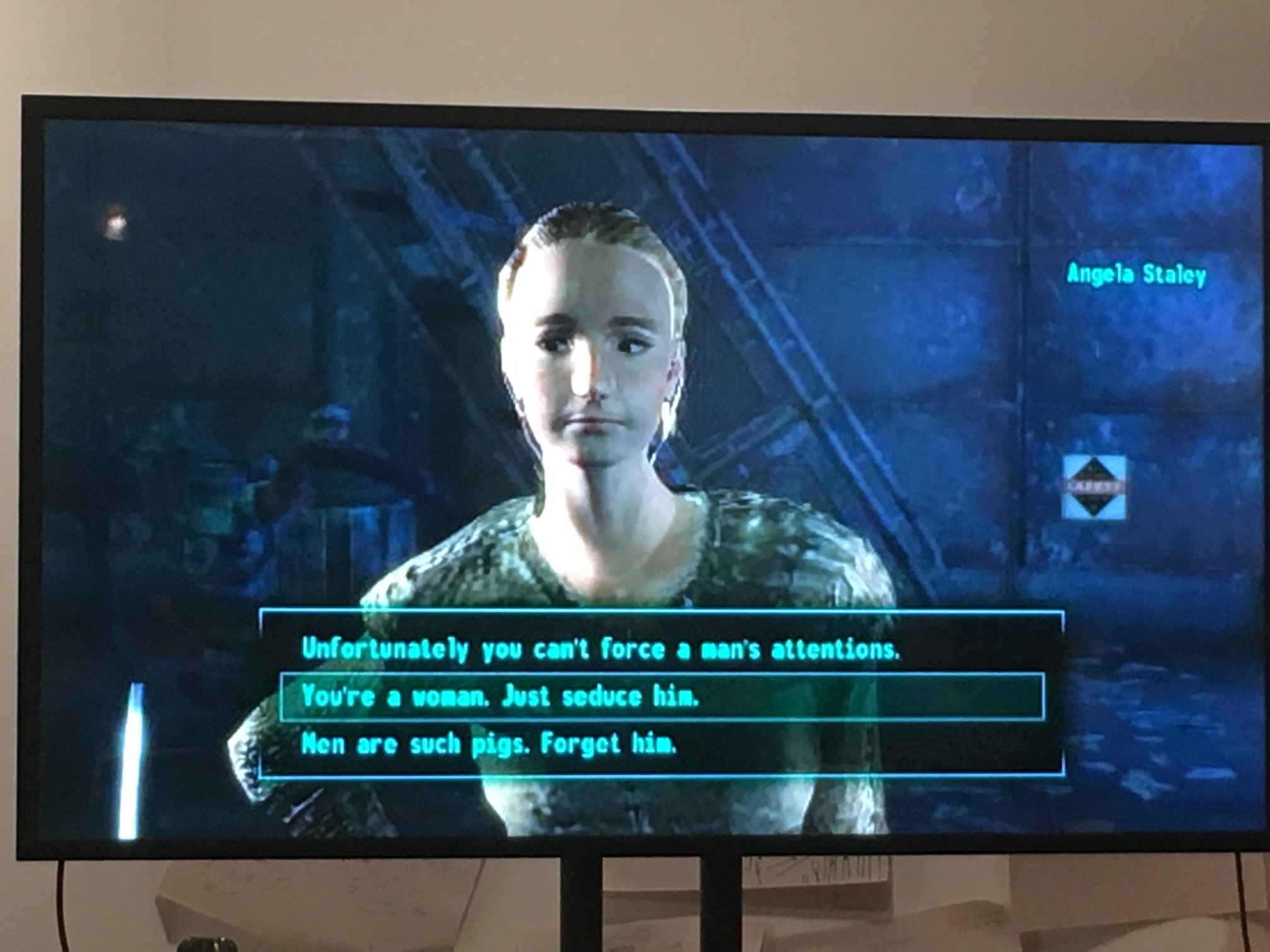 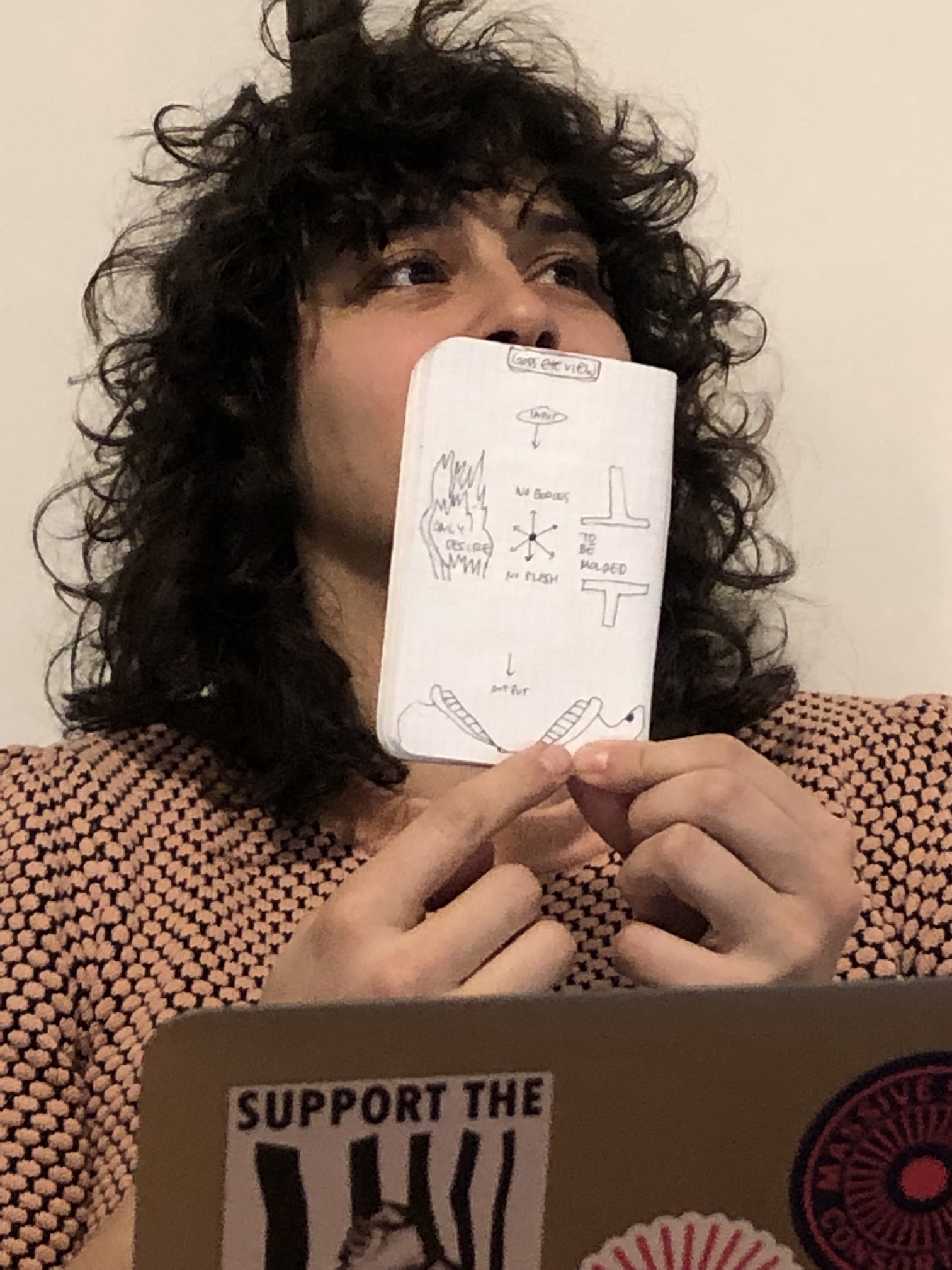 What are simulations that we can creatively come up with together?

Please draw, sketch, fill out a god’s eye view of “society” as you conceive it is imagined by engineers defining the main technological interfaces and programs we use today.

What bodies are in it? What do you look like in this simulation? What is the model of your body moving through time? How does this simulation account for, or not account for – what hidden or not sensible qualities are erased? What blind spots populate the map?

Design a simulation of a world you would actually want to live in. 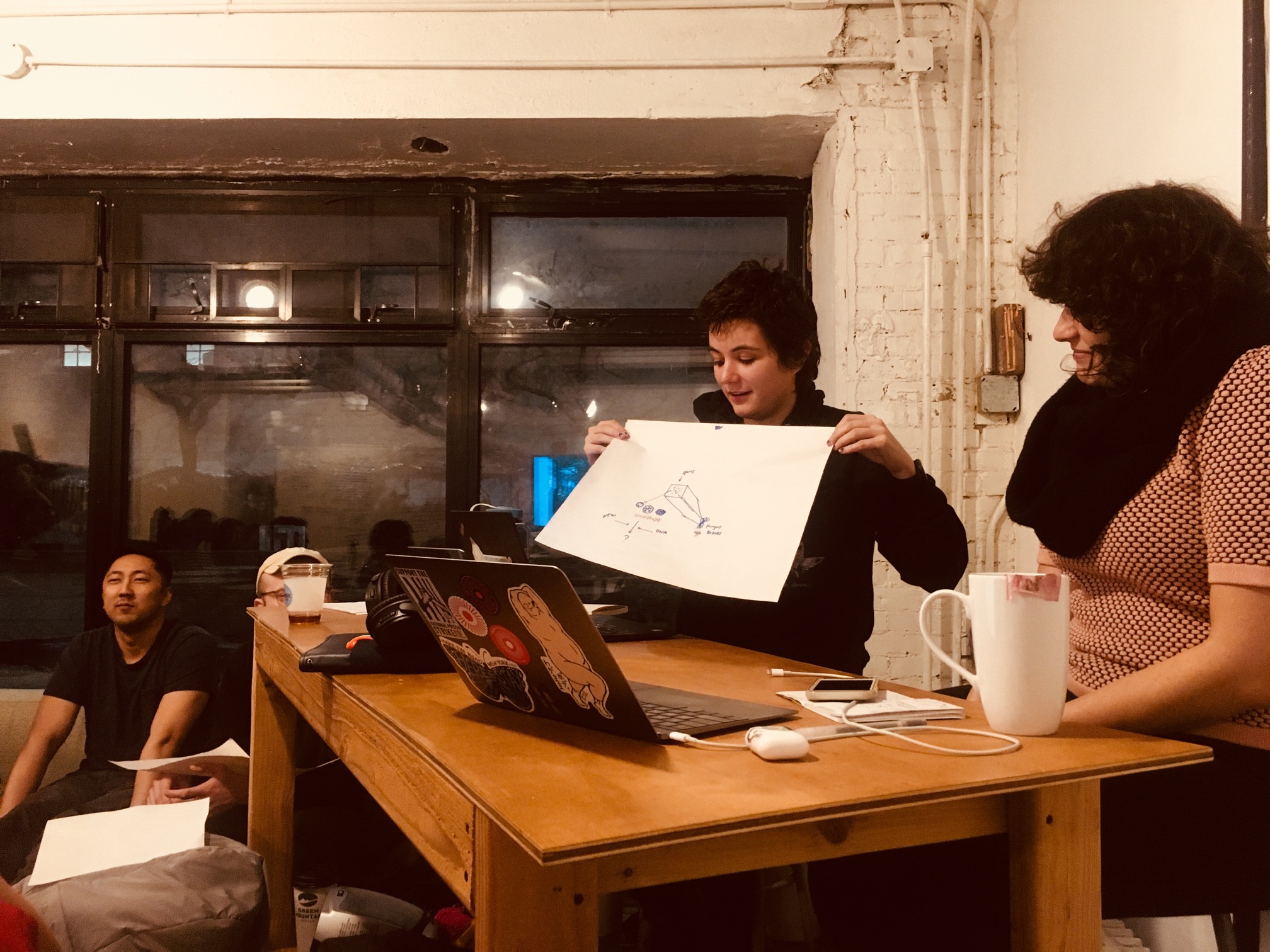 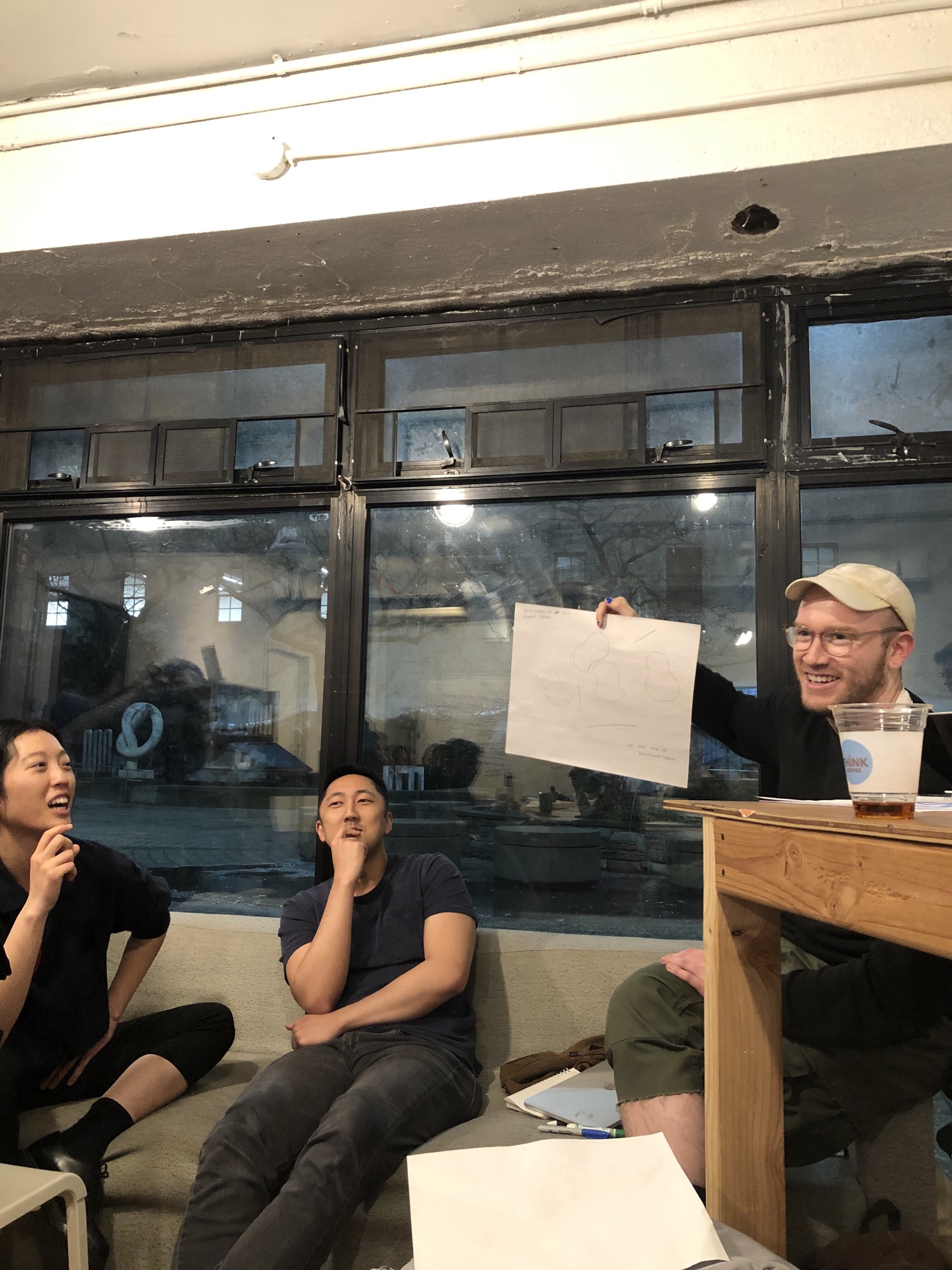 We ended the class thinking about how hybrid or collective ideology could act as an antidotes to the engineer’s god’s eye view. Through games like Parable of the Polygons, Nora illustrated examples of why distribution of power, co-creation and learning from history are keys to a successful simulations. In this collaborative spirit, we joined forces in small groups to complete hybrid models.

Negotiate new models from the ones that you have. Talk about what you have not accounted for in your models. What does your partner’s simulation show what you have modelled or not modelled. 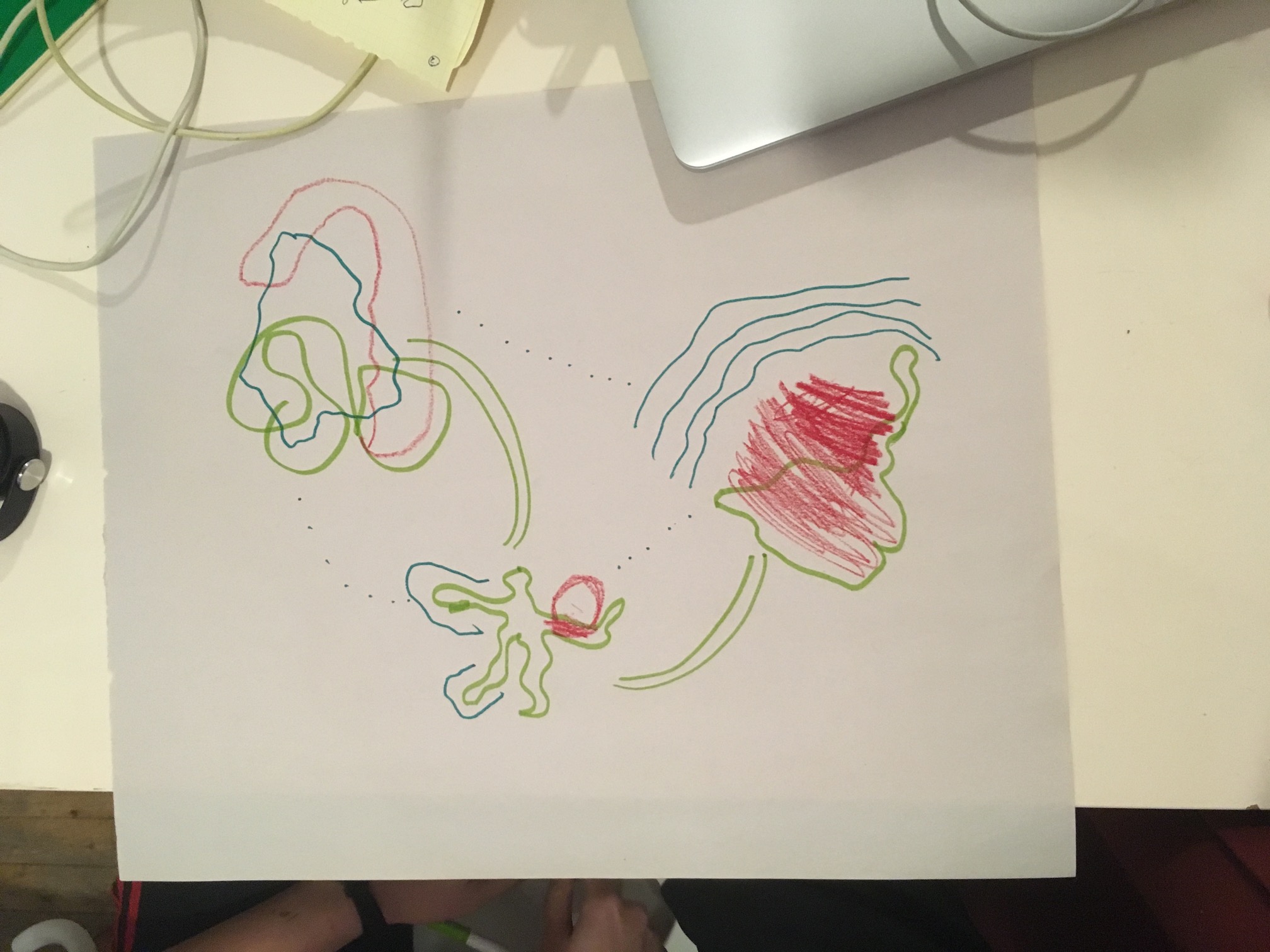