Cybernetics of Sex: Technology, Feminisms, & the Choreography of Culture 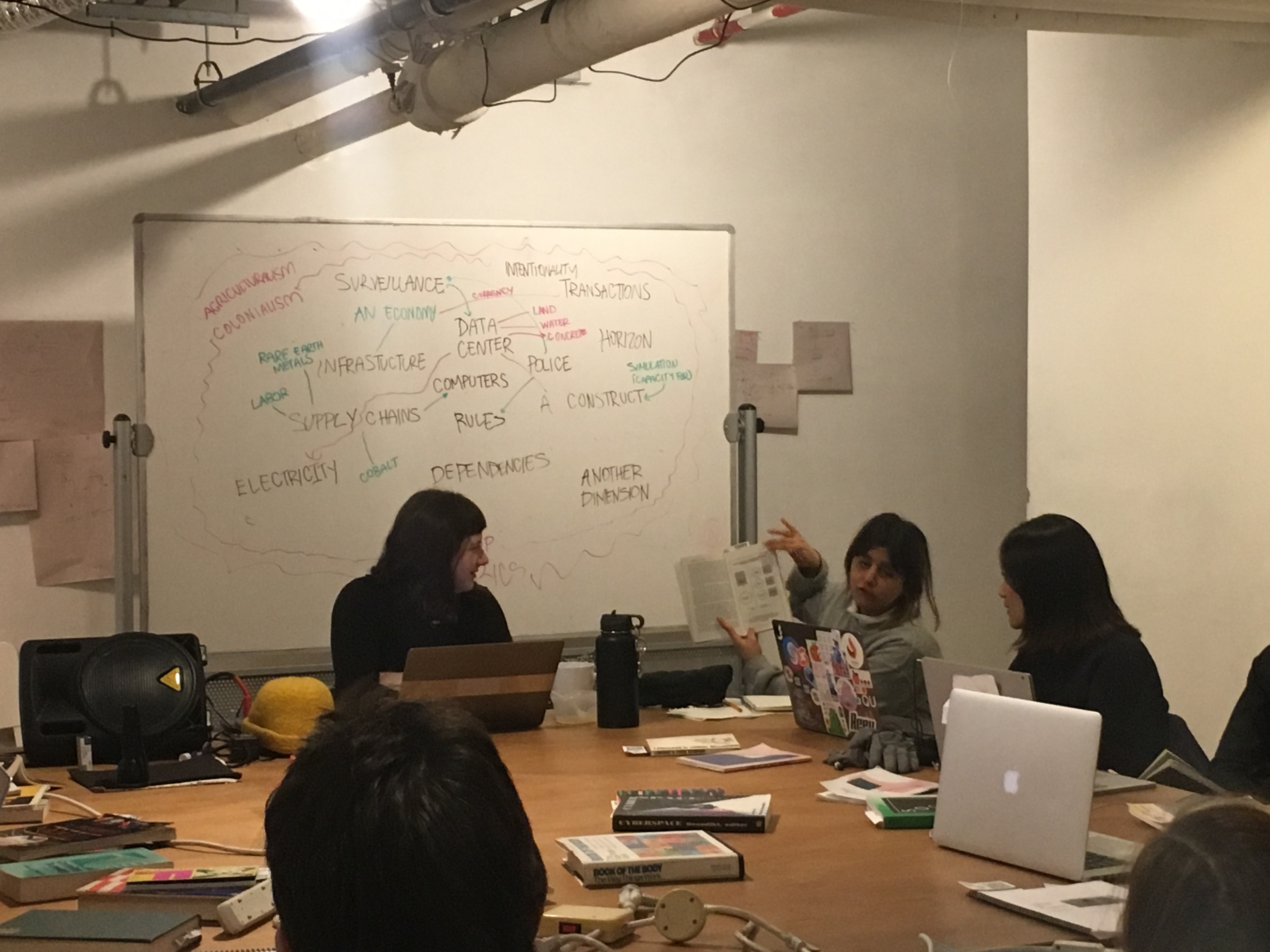 Knowing Melanie in her capacity as an organizer for Code Societies thus far, it was exciting to see her put on her teacher hat and have us consider sex and gender as a case study for learning about systemic problems and feedback loops in cybernetics.

To begin the class, we were tasked with browsing the Cybernetics of Sex collection to find a diagram, image, or sentence connected to something we had been thinking about recently. Like Yasmeen pictured above, we then shared our thoughts with each other to open up discussion about Melanie’s focus for the class: Cybernetics of Sex. This browsing library had been introduced to us by Sarah Hamerman last Saturday as a curated collection from the larger Cybernetics Library at Prime Produce in Hell’s Kitchen.

Melanie then opened up more about her artistic practice that had been largely opaque to us until this point. Starting with an interest in sculpture and metalworking, she created work that experimented with running electricity through wood and isolating bismuth from pepto-bismol from using chemicals from Home Depot. However she found that her work lent to conversations about the wonder of nature and spectacle of beauty rather than dialogue around societal formations and organization she was interested in. This led to Melanie adapting her art practice to focus more on technology and being involved in a variety of collectives and projects in addition to SFPC: Soft Surplus, Cybernetics Conference and Small Data Squad amongst others.

The rest of the class was focused on deconstructing the title of her talk Cybernetics of Sex: Technology, Feminisms, & the Choreography of Culture word by word.

Through a scatter of definitions and examples, we explored the meaning of ‘cybernetics’. First, Melanie introduced the greek root ‘kubernetes’ of the English word ‘cybernetics’, meaning ‘to steer’. Some other definitions from members of the Cybernetics of Sex library included: 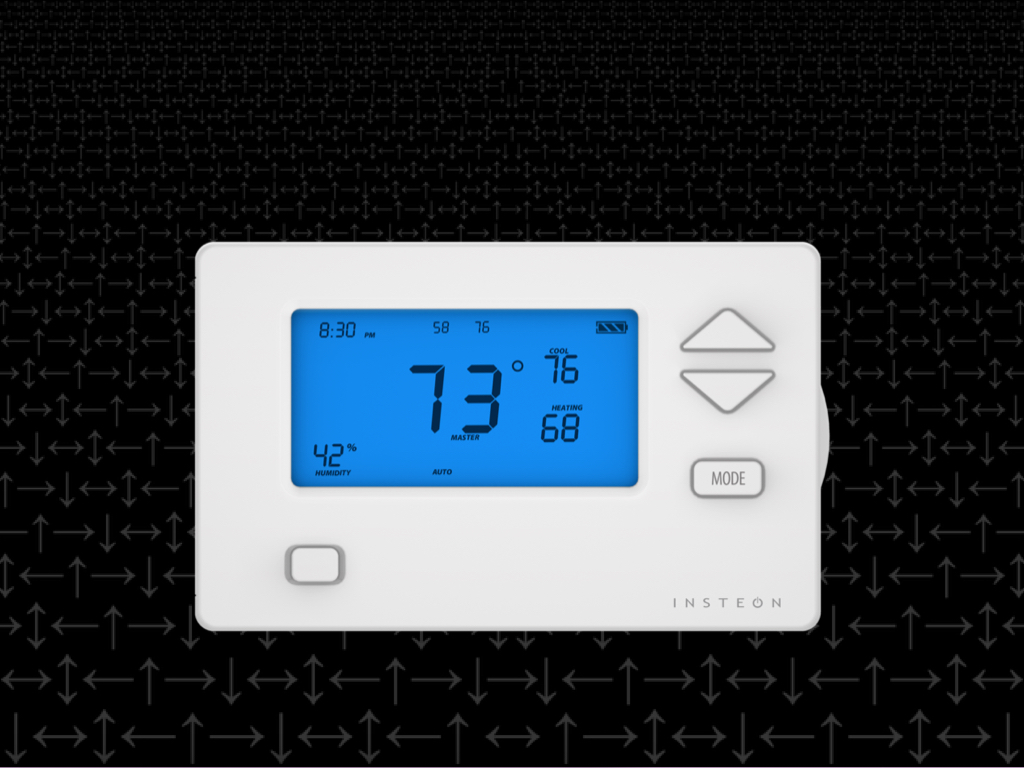 A canonical example of cybernetics can be seen in a thermostat. Here the goal of the system is to regulate temperature within a set range and the feedback loop operating as such:

This example also served to illustrate how cybernetics looks at how to design dynamic self-correcting systems. Melanie went on to introduce an iceberg model that pointed to the need for systems thinking as opposed to event-oriented thinking with “Events” as the visible portion of the iceberg above water, and the following sections of the iceberg as we delve deeper below the surface: Patterns of behavior, systems structure and mental models. Akin to Taeyoon’s warning of the dangers of centralized networks in his class, Melanie put forward these various examples as an entry point to understanding cybernetics and therefore ways of being in the world with each other – with all our bodies, as well as computers and computing systems.

Next we looked at ‘sex’ and ‘technology’ which often intersected in the consideration of gender as a social technology of control of non cis-het male bodies. Through sharing experiences of when we first became cognizant of our gender presentation, we began to posit our relationships to gender and sex. Some expressed a lack of specific memory that created self-awareness of gender while others pointed to heightened gender presentations in the US in comparison to countries like Sweden that have flattened the gender binary. 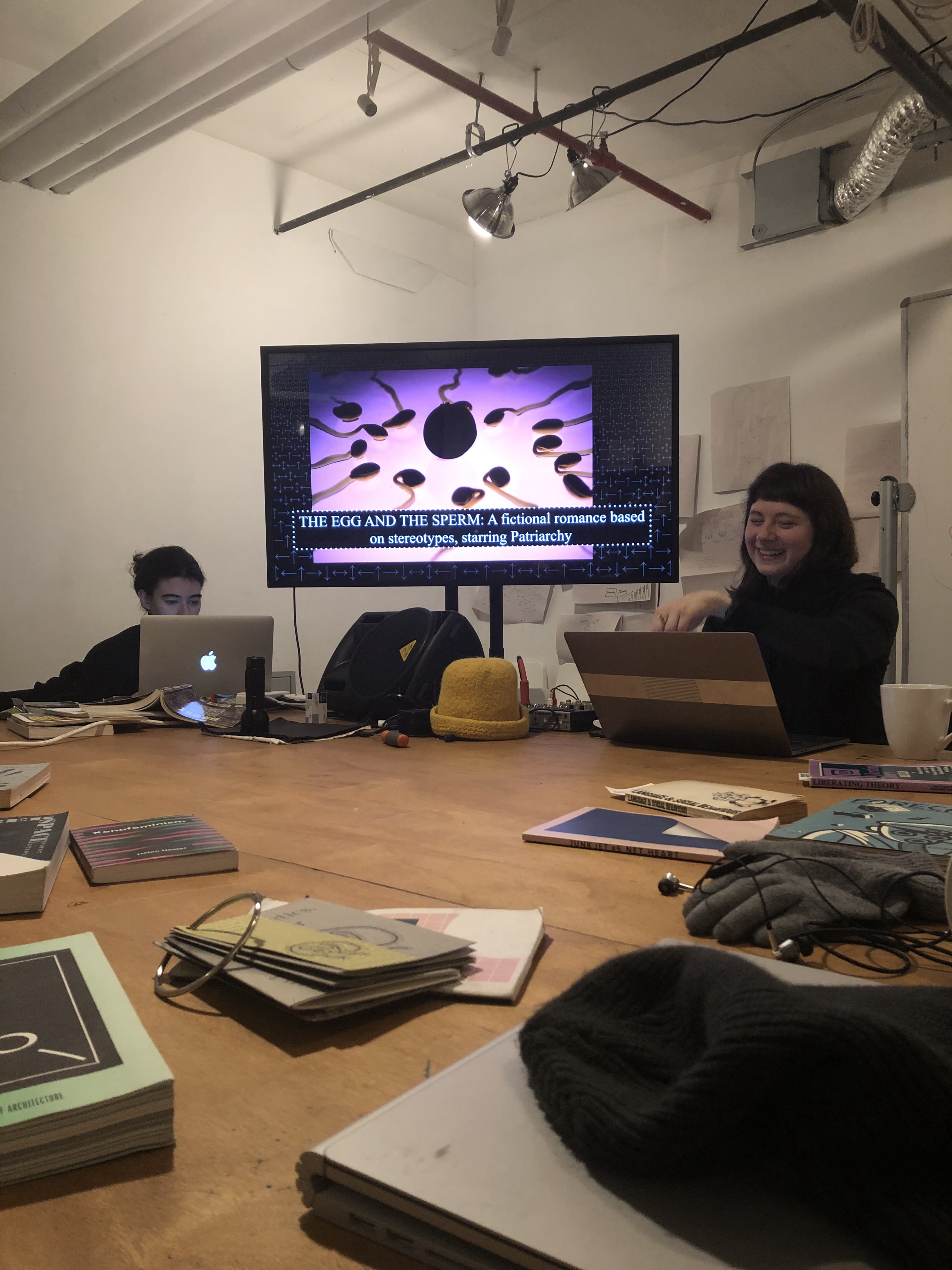 The story of “The Egg and the Sperm” as pictured in the slide above is an example of how gender stereotypes are framing a supposedly objective scientific depiction of reproduction. In this fictional romance starring patriarchy, the egg is depicted as an object with no agency while the sperm aggressively hunt for the egg in a seemingly easy process, wherein reality both are equally involved in this dance and it is not as straightforward as commonly depicted.

These gender stereotypes are entangled in how we perform and are controlled in society, with birth control being another example of this. With the consideration of masculinity in computation, Melanie showed us how gender bias is coded into google translate, where Turkish sentences regarding occupations turn from gender neutral to gendered in English, such as “he is a doctor”. She also showed us excerpts from her “Draw What You Think Alexa looks like” project where she got young children growing up with Siri and Alexa in their homes to draw what they thought they looked like. Below are examples of drawings by the same child one year apart. 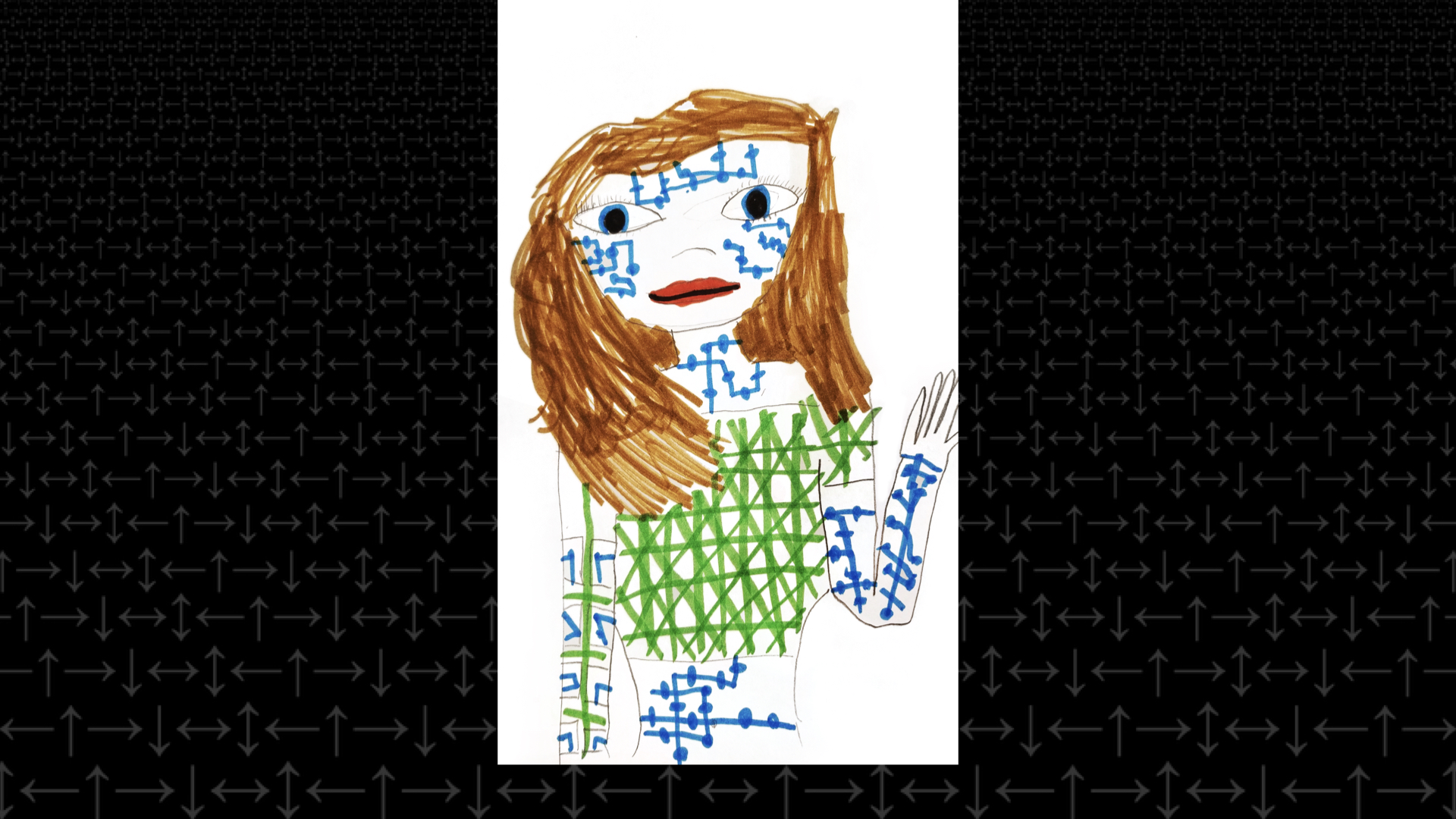 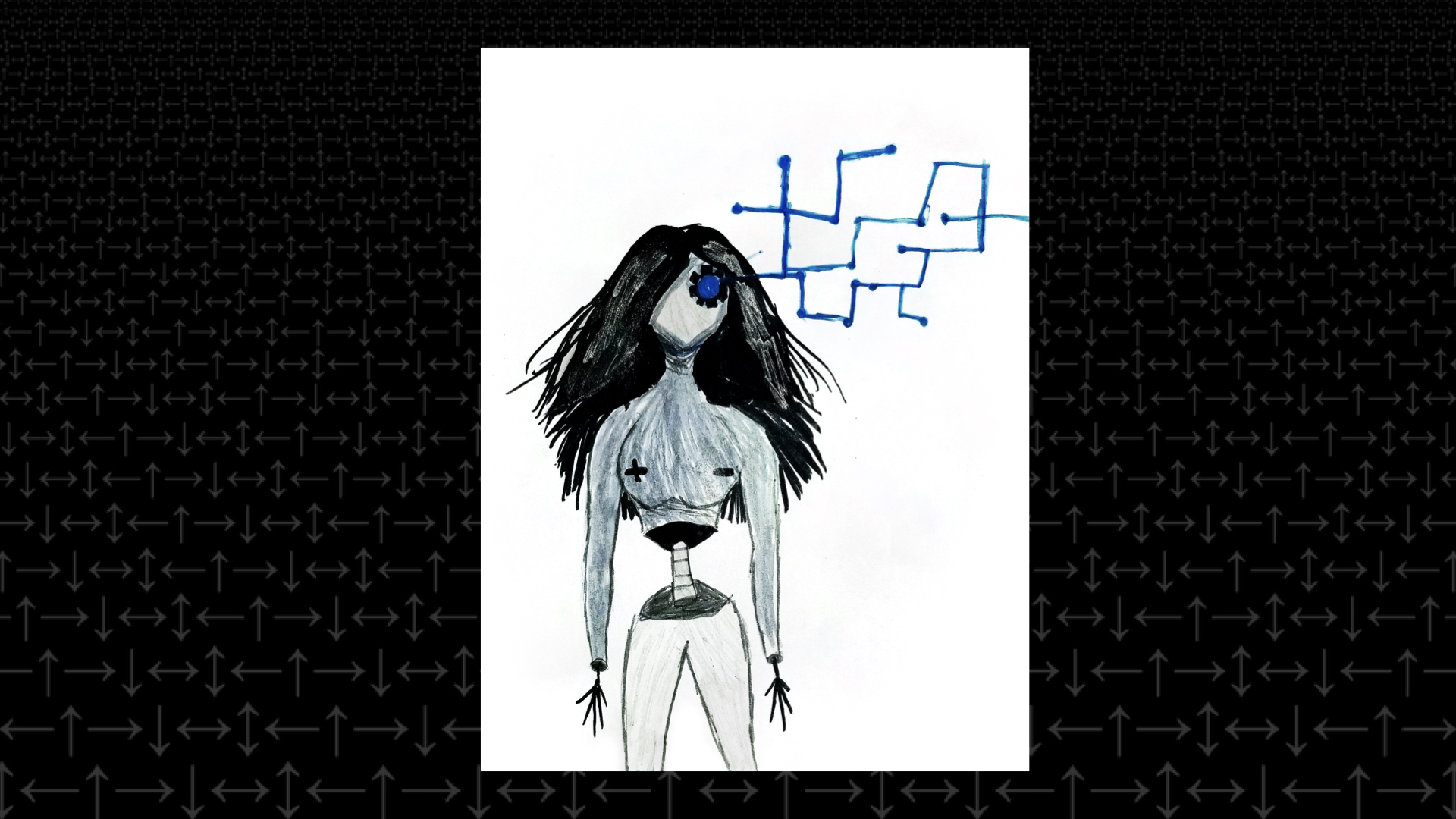 Below are lists of synonyms and antonyms of power that we came up with as a class.

Forms of feminism we discussed:

Melanie put forward the example of sex work as one culmination of the topics we had been discussing in class so far such as technology, sex, feminisms, race, gender, class, & capitalism, pointing to the further marginalization of sex workers and gentrification of the internet through the closing of online platforms like Backpage.com with the passing of SESTA/FOSTA. We also discussed Misogynoir as a concept grounded in intersectionality. 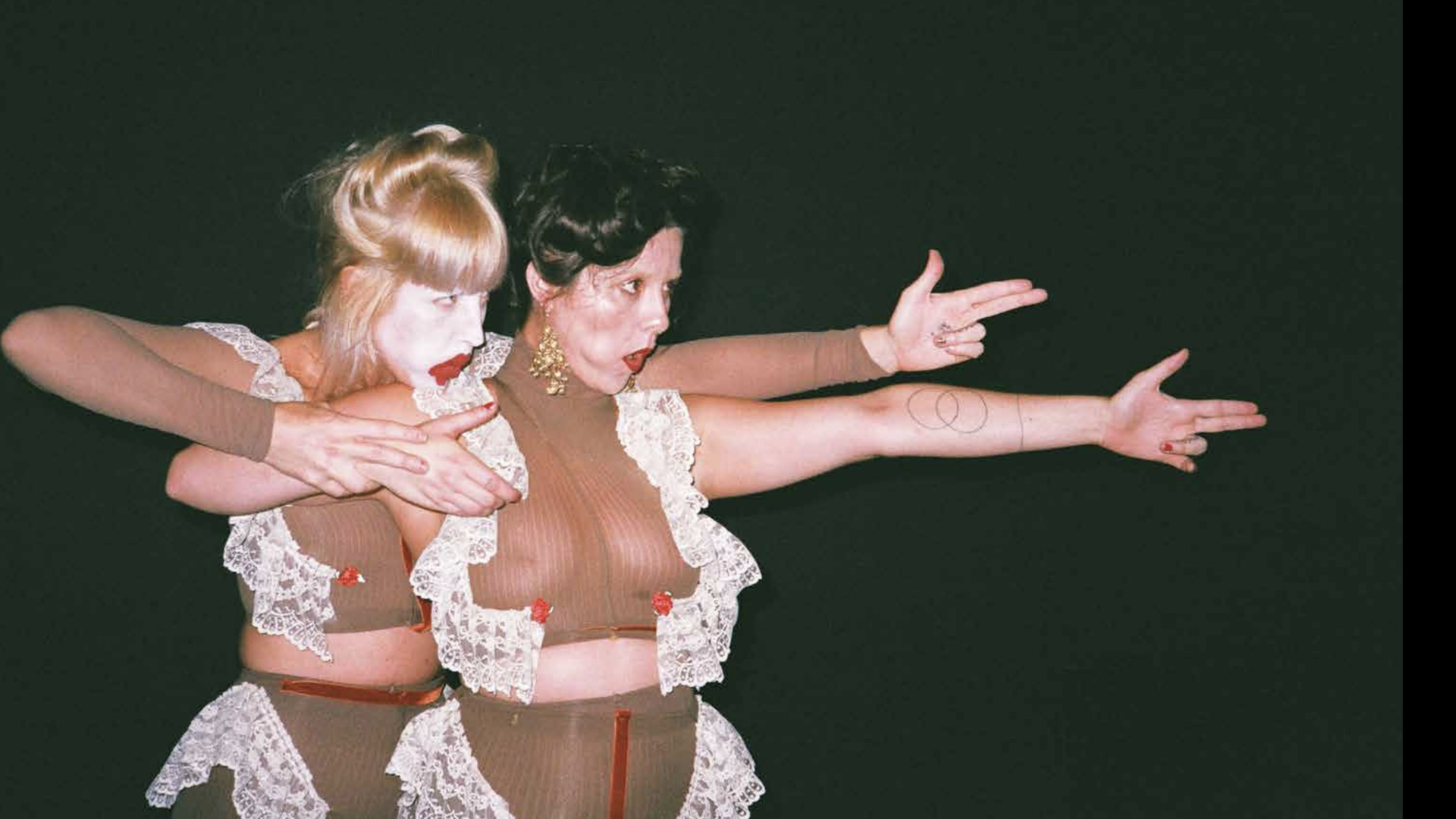 Looking at the last phrase in Melanie’s title for the class, we were shown a myriad of artists and works that she felt illustrated a ‘choreography of culture’:

“What does it mean when the tools of a racist patriarchy are used to examine the fruits of that same patriarchy? It means that only the most narrow perimeters of change are possible and allowable.” - Audre Lorde

Keeping thoughts of resistance to imperialist computational processes, we closed the class by creating a distributed speaker system with all our phones playing the same song at once at slightly different time signatures with the images we uploaded from the Cybernetics of Sex library at the beginning of class appearing on our handheld screens. 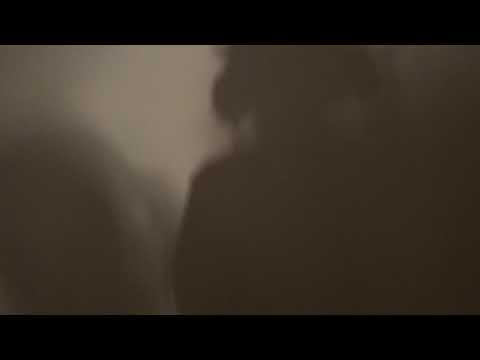