Daniel Shiffman works as an Associate Arts Professor at the Interactive Telecommunications Program at NYU’s Tisch School of the Arts.

Originally from Baltimore, Daniel received a BA in Mathematics and Philosophy from Yale University and a Master’s Degree from the ITP. He is a director of The Processing Foundation and develops tutorials, examples, and libraries for Processing and . He is the author of Learning Processing: A Beginner’s Guide to Programming Images, Animation, and Interaction and The Nature of Code (self-published via Kickstarter), an open source book about simulating natural phenomenon in Processing. He can be found talking incessently on the YouTube about programming. 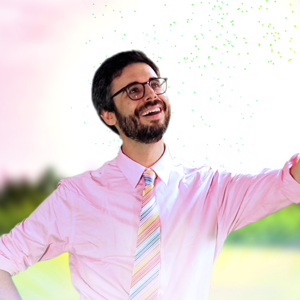