American Artist is an interdisciplinary artist whose work extends dialectics formalized in Black radicalism and organized labor into a context of networked virtual life. Their practice makes use of video, installation, new media, and writing to reveal historical dynamics embedded within contemporary culture and technology. American Artist’s legal name change serves as the basis of an ambivalent practice—one of declaration: by insisting on the visibility of blackness as descriptive of an american artist, and erasure: anonymity in virtual spaces where “American Artist” is an anonymous name, unable to be googled or validated by a computer as a person’s name.

American attended the Whitney Independent Study program as an artist, and is currently a resident at Eyebeam. They have exhibited at The Kitchen (New York), the Studio Museum in Harlem, Museum of Contemporary Art Chicago, and have participated in group shows internationally. They have published writing in The New Inquiry and New Criticals and have had work featured in Mousse, ARTnews, AQNB, and Huffington Post. American is a co-founder of the arts and politics publication unbag. 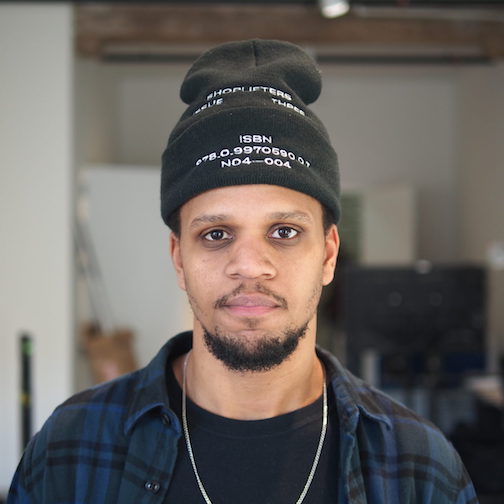