Brian Solon is an artist and engineer with a background in design and music composition. His work is primarily concerned with the use of computational systems and processes to enable creative expression and exploration, in the form of objects and interactive experiences.

Brian received a BSc in Computer Science from University College Dublin, and a master’s in Music and Media Technologies from Trinity College Dublin. There he studied composition with Donnacha Dennehy, Roger Doyle and Fergus Johnston, and completed a Master’s thesis on gestural control and visualisation of digital sound synthesis techniques.

As an educator, he has led workshops in creative coding and has taught postgraduate classes in digital signal processing and physical computing.

In 2008, he co-founded RedSpace, an interdisciplinary art and technology collective which operated a studio, gallery and performance space for two years in the heart of Dublin city centre. During that period he was one of the core team that turned Dublin’s Liberty Hall into an interactive light and sound installation for three weeks as part of the Dublin Theatre Festival.

As a technical director, he has created interactive systems and installations for artists, cultural institutions, and global brands. Most recently he spent two years as director of a retail innovation lab for a major retailer in New York.

Brian’s work has been covered by publications such as The Next Web, Neural, Creative Applications, The Creators Project, and The Irish Times. His music has been featured in concert programmes by the Spatial Music Collective and the Crash Ensemble in Dublin. 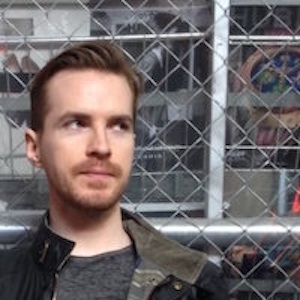