Franc Camps-Febrer is a data visualization artist and developer from Barcelona. He currently works for Knewton, the adaptive learning platform in New York City. Before turning his interests towards design, interaction and development, he earned degrees in Physics and Neuroscience, and though he started audiovisual communication, he left unfinished it for projects closer to his interests. While writing his Master’s thesis at CUNY and doing research on neuroaesthetics at NYU, he shot a documentary about synaesthesia and the emergence of creative thinking. For a year and a half he ran an online magazine about art, culture, science and technology called Indieciencia.

In the last three years, he’s also been a data visualization consultant for Goteo, a social crowdfunding site and platform based in Spain that requires projects to opensource their outcomes for the common good. 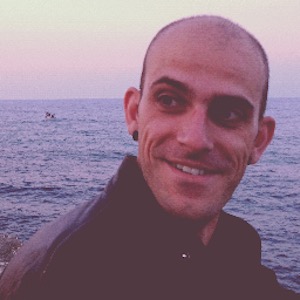