Guglielmo Torelli is a young interaction and visual designer based in Florence, Italy. He received his Bachelor Degree in Industrial Design from Isia Firenze where he is now preparing is final project in order to get the Master Degree in Communication Design.

His interest in the creative coding field starts in 2009 when he discover Adobe Flash, in 2012 he starts to study Processing and Arduino as a self taught. Since 2012 he works as a freelance graphic designer for the Florentine design company Palomar srl and as a visual designer for public institutions, music artists and clubs. From 2013 he is a member of the FabLab Florence, here he focus is activity on designing IOT smart objects; some of them were shown at Milan Design Week and at MakerFaire in the same year. In 2014 he joins the Near Future Education Lab with Salvatore Iaconesi and Oriana Persico to research for alternative and p2p way to rethink the future of learning with the Near Future Design method. He recently has been selected as a participant for FF3300’s XYlab in which he has improved is human centered approach in the design process and researched many making techniques. 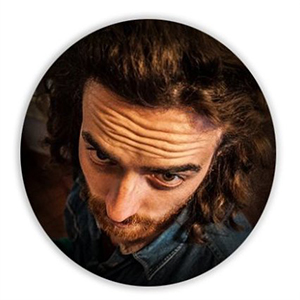