Simona is a designer, observer, researcher and strategist born in south of Italy, now living and working in Berlin at Nokia (HERE Maps). She studied at Polytechnic of Milan, at Design Faculty (2007), during 2009 deeply curious and attracted by the “Next Billion People” she moved to China to pursue a double master degree in Design & Innovation at Tongji University, Shanghai.  Last May, she took part to The Art of Data-based Visual Narratives by Nicholas Felton, where she had a revealing glimpse on the importance of code: it allows to deal with (big)data sets that go beyond what we can see with normal eyes.

Realizing that coding is not only about data representation, but actually coding is everywhere: from ordering food, to using an ATM, recording memories, talking to family and friends, Simona believes it’s not too late to learn how to program, because it teaches you how to think! 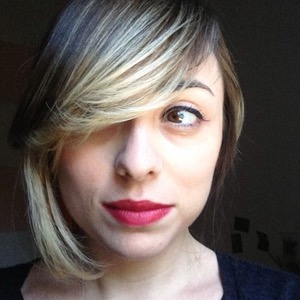