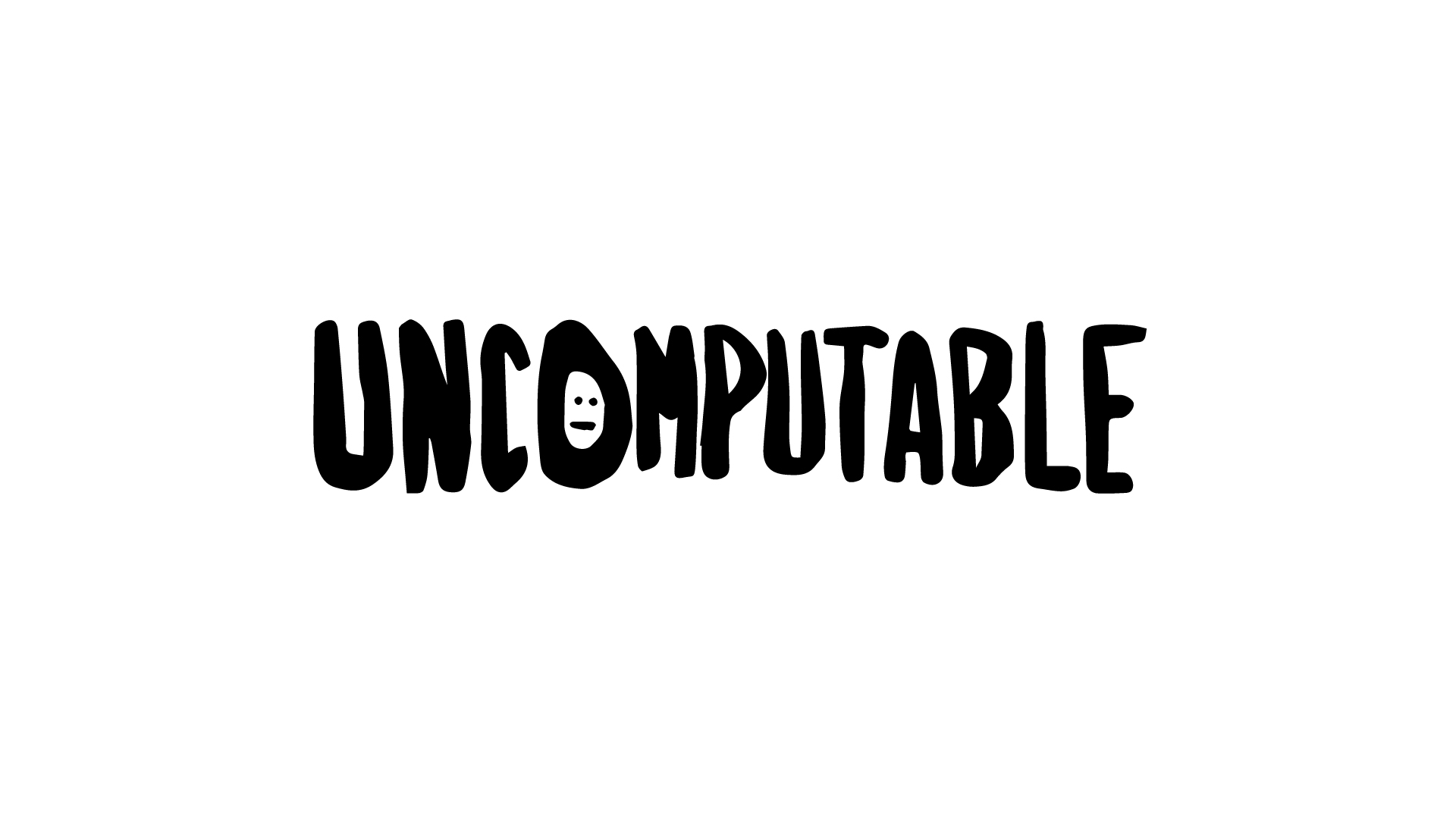 According to digital philosophers, the world is a computer and everything inside it is computable. But is this entirely true? What about things that fall outside the bounds of the computable? Alan Turing demonstrated that there are kinds of problems that are computable and kinds of problems that are not, providing a theoretical answer to the question of the uncomputable. But there is also a practical answer: how many computer cycles do you have at your disposal? If you want to crack high-grade encryption, can you afford to crunch the numbers until the sun burns out? In this project we will explore the realm of the uncomputable. In the digital realm the uncomputable appears in logical paradoxes and rational incompleteness. In the analog realm the uncomputable consists of all those things that remain ungovernable, unspeakable, or unseeable. Come explore with us the binary present, and the non-binary future. Come explore the uncomputable.

Uncomputable consists of lectures by Alexander R. Galloway on June 20th and June 28th, 6~9pm and an exhibition by Taeyoon Choi that will be open to the public between June 20th and 28th. Uncomputable is made possible with the support of The Department of Media, Culture, and Communication at New York University, Data and Society Research Institute and the School for Poetic Computation. 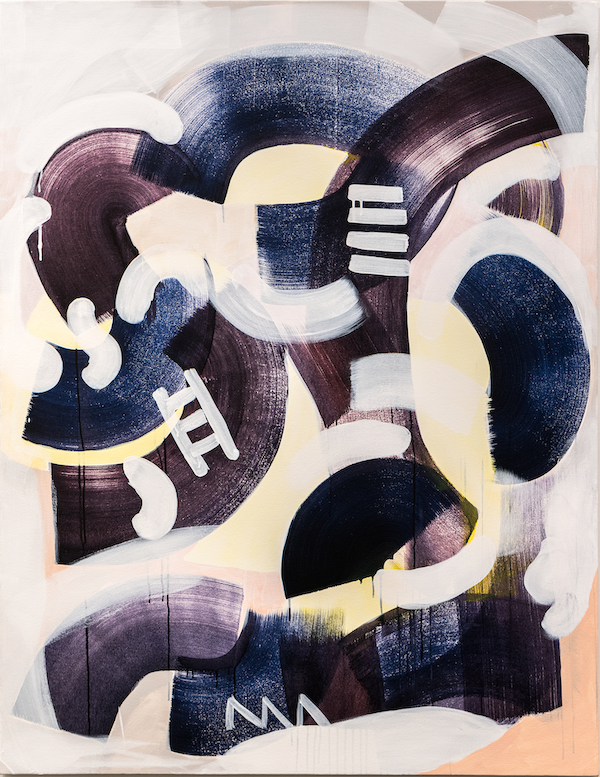 Ludwig Wittgenstein writes at the end of the Tractatus that the comprehending reader “must, so to speak, throw away the ladder after he has climbed up it.” Wittgenstein’s ladder, along with a small staircase of four steps and a connected series of ramps are all thrown away here, small rectilinear forms in space. Paint has otherwise been applied in smooth rotations, some of it — of day and thin cloud — placed atop broader strokes — of night and its hard, abrupt pathways. Smoothed bristles are felt everywhere. In a few places, the paint has narrowly dripped down, following gravity’s desire, a force that also must be gripping the discarded ladder. 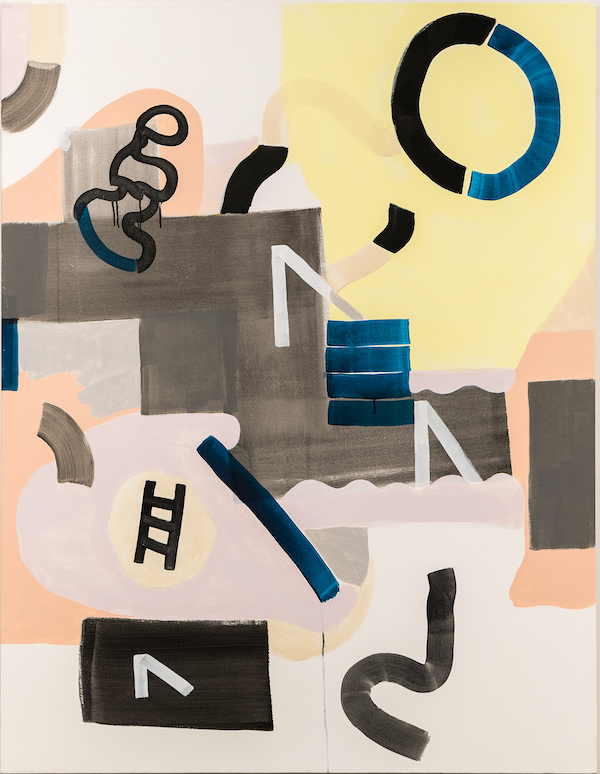 Stratiform precipitation and fog, white fur and black leather belt and boots, stick and ball, the neck and round ears; parks and public spaces, homes or public buildings. Conversely many original church buildings, the letter m; the first letter, a black bear on white background to a white bear on black background; deep red to pink. Vivid patterns of bright red or yellow and black. Sperm with eggs, eggs or milk. Small decals or imitation crab meat. Hinges to a frame, a pantograph sliding on an overhead line, a road through the wilderness, the river shark, the lower jaw, long bony tails; bronze or stone milestones. The finger or the middle finger, four fingers plus one thumb; the thumb roll. A different line or space dust; outer space or the ground.

Alexander R. Galloway is a writer and computer programmer working on issues in philosophy, technology, and theories of mediation. He is author of several books on digital media and critical theory, including The Interface Effect (Polity, 2012). His collaboration with Eugene Thacker and McKenzie Wark, Excommunication: Three Inquiries in Media and Mediation, has recently been published by the University of Chicago Press. With Jason E. Smith, Galloway co-translated the Tiqqun book Introduction to Civil War (Semiotext[e], 2010). For ten years he worked with RSG on Carnivore, Kriegspiel and other software projects. Galloway’s newest project is a monograph on the work of François Laruelle, published in October 2014. He is an associate professor in the Department of Media, Culture, and Communication at New York University.

Taeyoon Choi is an artist, a co-founder of School for Poetic Computation. In 2018, Taeyoon is working on Distributed Web of Care and ongoing research with a critical perspective towards technology, ethics, justice and sensitivity to the concept of personhood. His art practice involves social practice, software, electronics, paintings, and installations. He was an artist in residence at the Lower Manhattan Cultural Council’s Workspace, The Frank-Ratchye Studio for Creative Inquiry, and Eyebeam Art and Technology Center. His projects were presented at the Whitney Museum of American Art and Los Angeles County Museum of Art. As a fellow at Data and Society, he’s focusing on disability and normalcy, and enhancing inclusion within art and technology. He’s an adjunct professor at NYU ITP, where he teaches ‘Teaching as Art.’

How much is tuition?

Uncomputable is a free event, thanks to The Department of Media, Culture, and Communication at New York University, Data and Society Research Institute and the School for Poetic Computation.

What is expected of me?

Will there be another Uncomputable?

We are located at 155 Bank Street, in the courtyard of the Westbeth Artists’ Community in Manhattan’s West Village, New York City.

Feel free to contact Taeyoon Choi (taeyoon@sfpc.io) for any questions.